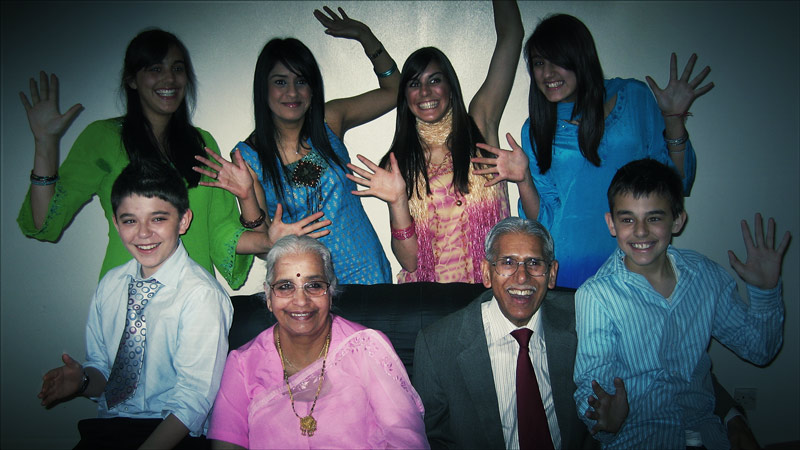 Supported Self-Care in the Social Domain

Prior to her stroke, Nirmala led a very active social life, which revolved around her family and the local Hindu temple. She loved to visit her son and daughter (both of whom lived a distance away from her), see her many grandchildren and great-grandchildren and also regularly visited other relatives who lived in her neighbourhood. She was a pillar of the Hindu community and sang regularly at the Hindu temple she had helped to found along with her husband. She lived a full and fulfilling social life, with a wide network of friends and family.

One of the most difficult aspects of the stroke Nirmala suffered was that it took her voice and speech away. Nirmala was devastated by this and withdrew almost completely from appearing at the temple as going there reminded her that she would not be able to sing again. This meant that a major part of her social network and environment disappeared. However, such is Nirmala’s standing within the local community, the priest and other temple congregation set up a rota to visit her at home, and eventually Nirmala was persuaded to attend important religious ceremonies at the temple, with lifts to and from the temple also being organised by her friends.

Her children have also found ways to ensure that Nirmala does not feel left out of gatherings and special family occasions. Hotels with facilities for disabled people have been sourced near to where her children live, and Nirmala has stayed in such places with her husband and has been able to attend family gatherings at her children’s homes. Also, whenever possible, important family occasions are now celebrated at Nirmala and her husband’s home and the rest of the family travel to them.

However, on a day-to-day basis, the greatest asset to maintaining contact with Nirmala’s family is the use of the FaceTime facility on an iPad which her children bought her after she was discharged from hospital. Nirmala had never used a computer of any sort up until this point, but immediately took to the fact that she could make contact with all her family using a facility that enabled them to actually see each other. This visual contact is even more important for Nirmala because her ability to talk is still limited.

All these adjustments to her social environment have meant that Nirmala has steadily been able to reconstruct and maintain her social network, improving her sense of belonging and minimising her isolation. This has undoubtedly improved her resilience, decreased her vulnerability, and helped to preserve her individual identity.