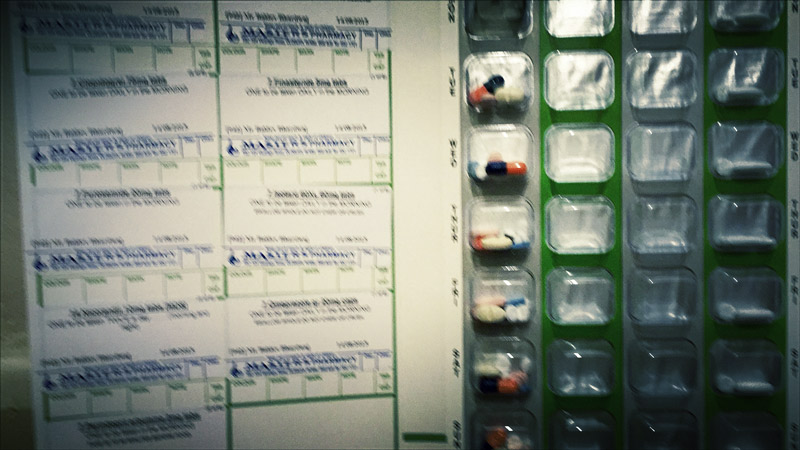 Pre-existing long-term conditions (LTCs) play a prominent role in the trajectory of frailty, as do those that develop in an individual who already has frailty. Not everyone with a long-term condition will also have frailty, but the relationship between multiple LTCs and frailty is well- recognised. This is illustrated in Nirmala’s case.

She had developed hypertension, osteoarthritis, type 2 diabetes and atrial fibrillation prior to her stroke in 2013 – in the cases of hypertension and osteoarthritis, many years earlier. Indeed, she had needed two knee replacements and benefited greatly from them in terms of pain relief and improved mobility. These LTCs had contributed to Nirmala’s early frailty, but her independence and overall quality of life were not significantly impaired. Before the stroke, she was able to do all the things that were important to her. Her LTCs were handled largely by her GP, and Nirmala attended routine monitoring appointments at the surgery.

Following the stroke in 2013, the impact of her pre-existing LTCs on her recovery, and the need to manage them in a different way subsequently became obvious. The drastic change in Nirmala’s diet and subsequent weight loss, especially in the months post-discharge from hospital, meant that controlling her blood glucose levels became more difficult than before. This meant that more support from the GP and Community Nursing Team was essential. Also, controlling Nirmala’s blood pressure required alterations in her medication dosage, mainly as a result of the drop in her weight.

The atrial fibrillation presented a real risk to further strokes and required blood-thinning treatment with Warfarin. Warfarin requires regular monitoring with blood tests to ensure that the blood does not get too thin, or is not thin enough. Hence arrangements were needed to ensure that the community testing team had Nirmala on their caseload. The stroke had further reduced Nirmala’s mobility, in addition to the osteoarthritis, so it was prudent to ensure that she was monitored for excessive muscle weakening and bone thinning from lack of adequate exercise. Her vulnerability has been reduced by support from physiotherapists and encouragement to self-care through activity.

Another big factor in the safe and effective management of Nirmala’s LTCs was to ensure that she took her medications correctly and in a timely fashion. Before the stroke, she administered all her medications herself. After the stroke, it was agreed that the safest and most effective way to administer them to Nirmala was that the pharmacist would send pre-packed and pre-labeled medication packs containing all her regular medications and that the Warfarin dose (which varies from day to day and week to week) would be administered by her carers in the morning. This system of supported self-care has proved very successful and has given her carers confidence in being able to monitor what Nirmala is taking and when, and to alert her GP if they feel something has gone wrong. This also acts as a welcome reassurance for Nirmala’s husband and family.