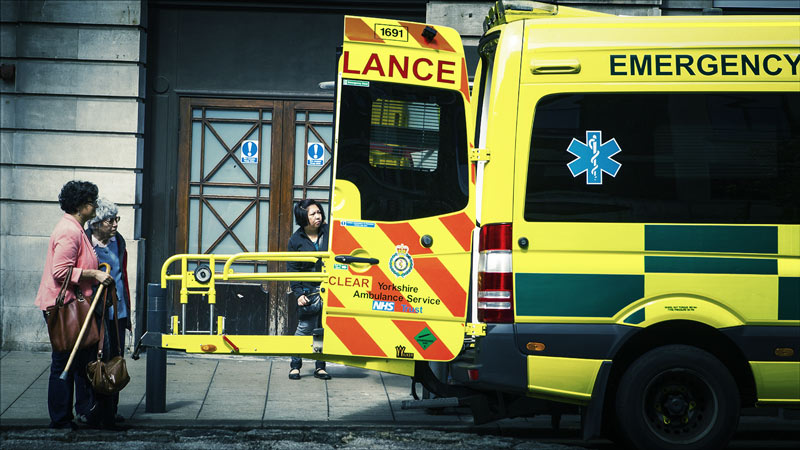 Nirmala’s stroke in 2013 was an acute health event that obviously caused a sudden and significant increase in her level of frailty from low to severe. Her frailty was further exacerbated by a failure in the system of care. Whilst Nirmala was in hospital, soon after being admitted she was unfortunately seated in an unsuitable chair for someone who has had a stroke. As a result, she slipped off the chair unnoticed and trapped her leg beneath her, fracturing it just above the ankle. Unfortunately, the fracture was not diagnosed for 48 hours after the fall, causing Nirmala significant distress and pain. It also delayed her rehabilitation, de-motivated Nirmala, and made her very fearful of hospitals. The impact of the fracture on Nirmala’s frailty has been permanent, given it’s interaction with pre-existing conditions, such as the arthritis and muscle wasting.

Nirmala spent exactly 100 days in hospital, which is twice the routine length of stay for someone who has suffered the same type of stroke. However, the rest of her management was faultless and almost certainly prevented the stroke from doing more permanent damage.

Nirmala’s increased frailty and decreased resilience since the stroke means that small changes can rapidly lead to further health crises that are likely to hospitalise Nirmala, but which less frail individuals would shake off. This was well illustrated early in 2015 when a small cold developed and within two days had lowered her resilience to the point where she collapsed whilst walking to the bathroom and could not be helped up by her husband. He had no other option but to call for paramedics. When they arrived and assessed Nirmala, they concluded that she required further medical assessment and the only way to access this was to take her to the local A&E department. Once Nirmala was conveyed there, she was admitted, treated with antibiotics and kept in for three days until it was felt she could be managed at home once more. The availability of a medical acute visiting service and the ability to give intravenous antibiotics at home for a simple chest infection could have prevented this acute admission and honoured Nirmala’s explicitly stated wish to stay out of hospital.

A similar acute health crisis resulting in admission for 48 hours following a urine infection occurred in the summer of 2015; again, it could have been prevented from deteriorating by earlier detection and prompt treatment with oral antibiotics.

As a result of the acute medical crisis resulting in an unwanted acute admission, Nirmala’s family asked what more could be done in proactive management by the GP, Community Nurses and Social Care Workers, in partnership with the family. It was agreed that her son would visit more often, and Nirmala’s husband contacts him about her health before deciding whether the emergency services are needed. The GP and Community Nurses agreed to visit more proactively and carry out simple tests, such as checking the urine for infection and having stand-by antibiotics at home to be started promptly when advised. Nirmala also asked her son to apply for Lasting Power of Attorney on her behalf in order to have full authority to represent her wishes on matters of her health and wellbeing.

These agreed changes have led to an increased confidence in Nirmala, her husband and her non-medical carers about being better able to identify and respond to acute medical events, thus preventing them from becoming a crisis. This is supported by the Lasting Power of Attorney, which makes it clear who formally represents Nirmala’s best interests.