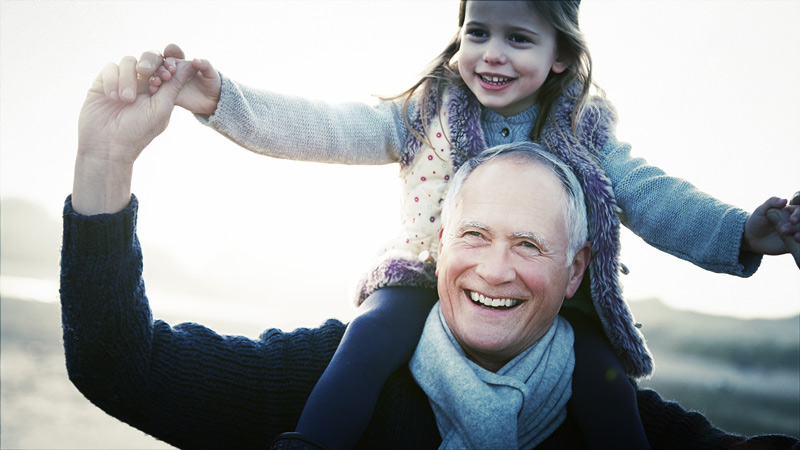 NHS England’s National Clinical Director for the Frail Elderly and Integration invites us to change our perception of what frailty actually is:

One of the widely acknowledged health triumphs is the remarkable and rapid increase in the life expectancy that occurred during the 20th Century.

The average life expectancy at birth at the beginning of that century was less than 50 years.

Currently we enjoy an average life expectancy at birth in England of 79.4 years for men and 83.1 years for women. This is a massive change over an ultra-brief biological time frame. And this established trend in longevity is projected to continue during the 21st Century. A cause for celebration, indeed! But the critical issue is the extent to which these “additional” years are spent in good health.

The recent Health and Social Care Information Centre publication reports that the remaining life expectancy at an age of 65 years is 18 years for a man and 21 years for a woman – roughly five years more compared with 1980/82 – but that the “Disability Free Life Expectancy” (DFLE) is only 10 years for men and 11 years for a woman.

Thus about one half of later life will be spent with some degree of dependency – disappointing for the individual and potentially expensive for our health and social care system.

Tantalisingly, the report also presents data on the significant variations in DFLE between local authority areas – a sure indication that modification in DFLE might be possible.

Of even greater concern is that there is clear evidence of widening health inequalities in DFLE between wealth groups in our country. The steady accumulation of functional disabilities during later life appears the preserve of people grouped as lower Soci-Economic Status (SES) for whom it seems there has been a steep increase in functional disabilities over the last 20 years compared with the desirable lack of increase for people grouped as higher Soci-Economic Status.

These differences are again a strong indication that modification might be possible. This was all cleverly summed up by Muir Gray with the neat term “fitness gap” – the difference between where a person’s health state actually is, and where it might be.

To accept the status quo with regional variations in DFLE, and inequalities in functional disability, is to place our heads firmly in the sand and stand witness to undue burden for individuals and the Exchequer.

Underlying these late-life adverse health experiences are, of course, the intertwined issues of multi-morbidity and frailty. These mischievous twins tend to travel together – though about 20 per cent of people with frailty have no conventional LTC – but systems of care for people with frailty are better understood with a much more robust evidence base than for multi-morbidity (Recognising and Managing Frailty in Primary Care, Fit for Frailty).

This asymmetry in the evidence base implies redesigning services to embrace people with frailty is sensible and with a not unreasonable expectation that people with multi-morbidity will also accrue benefits.

If we are to redesign services to embrace people with frailty, we firstly need to change our perception of frailty from its traditional characterisation of an enfeebled, emaciated person as portrayed by Shakespeare: “Last scene of all………… sans teeth, … sans taste……..sans everything.”

If we can free our minds from this image, we are now ready to take the new frailty challenge – simply stated – to reconceptualise frailty as of a(nother) long-term condition: that is as a progressive disorder with modifiable components. Then we can profitably think about the very earliest stages of frailty, when the “fitness gap” is becoming intrusive. What might be done to hinder the subsequent decline into more advanced frailty?

Accepting the new frailty challenge provides an answer. For one of the most evidenced based interventions for people living with LTCs is supportive self-management. Over 200 systematic reviews of supportive-self management have been identified and summarised by National Voices in a “review of reviews”.

The findings are important. Supported self-management is associated with, amongst other things, an increase in health knowledge, how to self-care, improved confidence and coping ability, and improved health behaviours. The evidence base is strongest for self-management by an educational process that is integrated into routine care with the active involvement and support of health professionals. There is suggestive, but not conclusive, evidence that supported self-management may improve health outcomes, reduce hospital admission rates and may be cost-effective.

With this evidence base in mind, a “A Practical Guide to Healthy Ageing” has been co-produced by NHS England and Age UK. It is underpinned by an extensive evidence base (78 cohort studies) of factors that are strongly associated with loss of independence in later life. It is designed to target people with mild frailty and was carefully constructed with the help of focus groups to ensure the content was meaningful and acceptable.

The guide is based on three core principles:

This supported sell-management guide represents one worked example of how an extension to the years of DFLE might be obtained. It challenges Leon Trotsky’s contention: “Old age is the most unexpected of all the things that can happen to a man.”

Over 200,000 copies of the guide have been requested since it was released earlier this year. We now plan to conduct a review of its uptake and content and would welcome comments and suggestions for improvements.

A Practical Guide to Healthy Ageing