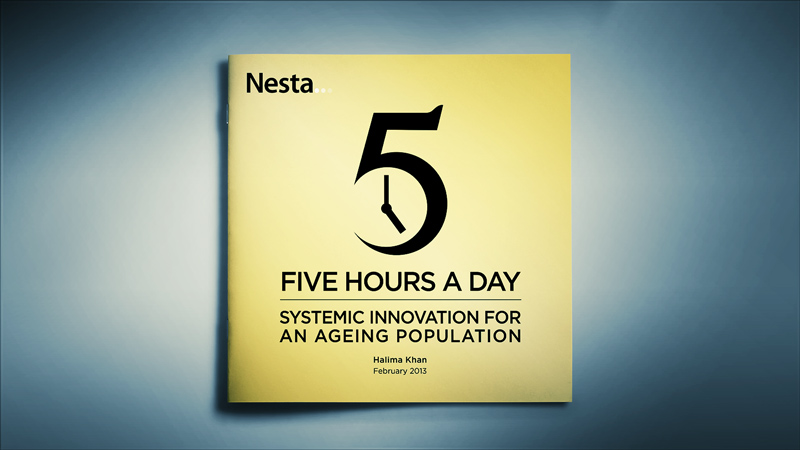 Five hours a day: Systemic Innovation for an ageing population

Published in February 2013 by NESTA (the UK’s innovation foundation), the report’s title refers to the rate at which the UK population is ageing: five hours a day, or nearly three months a year.

The report sets out Nesta’s thoughts on the impact of ageing on society and what that means in terms of innovation. It makes the case for a systematic look at how we live in the context of changing demographics, with a priority on the issues which have most impact on older people’s lives:

The report provides a number of case examples grouped under these headings as well as analysis of the demographic changes and current approaches to innovation, and the requirements for systemic change.

The report proposes that we are part way through systemic change on ageing, from a system where older people were relatively over–institutionalised, over-medicalised, under–valued and without a variety of fulfilling roles and supportive social networks, towards a society which seeks to maximise the opportunities, as well as address the challenges, of an ageing society.

It draws a comparison with the systemic change that has occurred in the way we deal with waste from a system focused overwhelmingly on landfill to a highly differentiated system of recycling, reuse and reduction.